Communication with an Arduino on serial port (old)

This example shows how MyViz, running on your computer, can communicate with an Arduino Uno through a serial link.

The files can be downloaded for the following systems:

In order to run this example, you need to follow these steps (provided that MyViz is already installed): 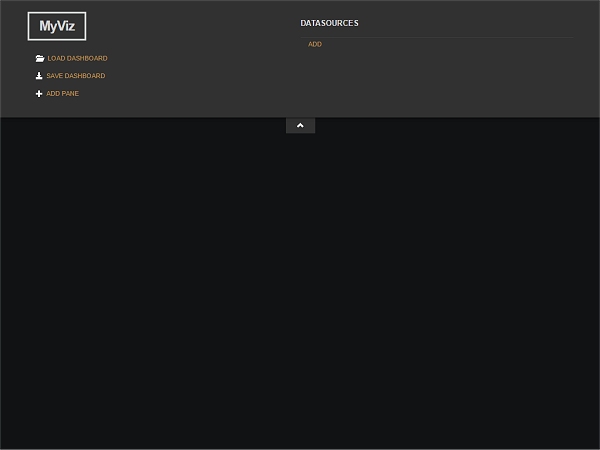 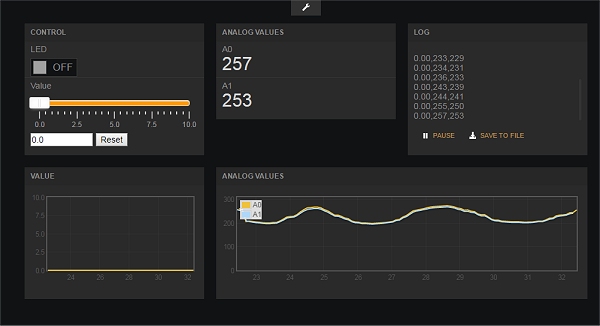 If you don’t see values “moving”, double check the name of the serial port connected to your Arduino and check the replacement you made in the “Tutorial_SerialPort_1.json” file. 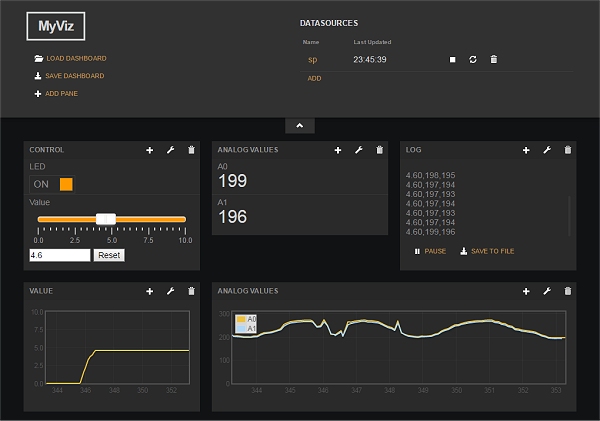